Plovdiv is arguably the most popular destination in the Bulgaria for tourists. With so much to see and do, Plovdiv is a fascinating place to visit for all ages and for all purposes. Below are our house place. 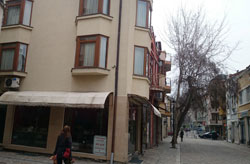 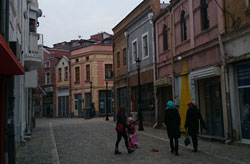 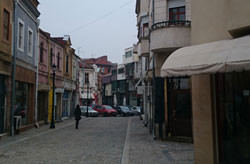 KAPANA is situated right in the center of Plovdiv. A late 19-th century neighborhood, it used to house worksmiths both from the practical and fine side of art.

In times past craftsmen would have lived and worked in this area at the foot of the upmarket Old Town where the rich merchants lived. Known then (and still today by some) as Uzun Charshiya, charshiya meaning 'bazaar'.

Today the warren of tiny streets (so narrow that two cars can barely pass one another) is home to various trendy shops - health food stores, hand made jewellery, designer clothing - and alternative clubs and bars.

As a whole still rundown, the area has been partially pedestrianised and some of the facades have been renovated. The trendy arts festivals taking place in Plovdiv this summer have set out to focus on Kapana's potential to be young and vibrant quarter to rival any in the old European capitals. 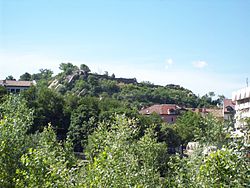 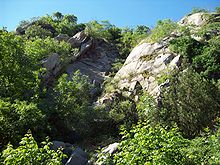 On the very top of Nebet Tepe, the remnants of the first prehistoric settlement on the Three Hills wa discovered. This settlement evolved into a town around the 12th c. BC. It has been established that this is the ancient Thracian town of Eumolpia that emerged as one of the first urban centers in South – Eastern Europe. Here one can see the fortress equipment from all ancient periods. 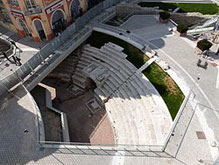 On the square west of Djoumaya mosque the imposing relics of Philippopolis`s Ancient Stadium were discovered. Parts of them ware situated below street level. The dimensions of this great sports facility are length 1000 Roman steps, width – 250 Roman steps. The Ancient Stadium accommodated about 30 000 spectators and was one of the most significant architectural works in Philippopolis. 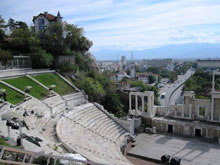 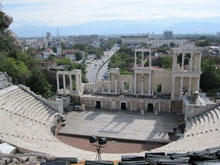 The Forum (agora) of ancient Philippopolis is situate at the southern foothills of the Three Hills and is a remarkable architectural complex. It consists of a vast square space (area) with dimensions approximately 100 by 112 meters, covered with well-polished marble plates and surrounded by an arcade with Corinthian pilasters. The columns are set at regular intervals of six meters and support a broad awning that covers a traffic alley (ambulatio), next to which trade premises ware arranged. Thus, the whole space closes into a square by a single imposing construction.

Archaeological research up to now has shown that this is biggest complex of its kind discovered on the territory of ancient Thrase. 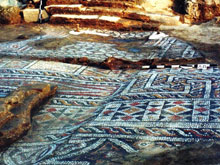 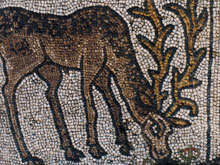 The most outstanding buildings in Philippopolis from the Roman period had richly decorated floors, usually with big mosaic compositions. Many
mosaic floors of this kind have been found on the territory of the ancient town. The earliest mosaics date back to the 2nd c. but the findings
of the 4th and 5th c. are the most numerous. Especially noteworthy is the floor decoration of a rich Philippopolis home that existed from the
end of the 3rd till the end of the 5th c. Nearly 700 square meters of this remarkable building have been studied.

Archaeological Complex Nebet Tepe-On the hill Nebet are situated remains of the first settlement on the Three Hills. In the XII century BC was established ancient Thracian city Evmolpia, named by the mythical ruler and singer Evmolp. Massive walls surrounding a temple and a palace are the main components characterizing the settlements from this period. The oldest part of the fortress was constructed from large stone blocks without any solder / so-called Cyclopean masonry /. Very interesting is the medieval rectangular water reservoir, which has vaulted coverage and capacity of 300,000 liters.